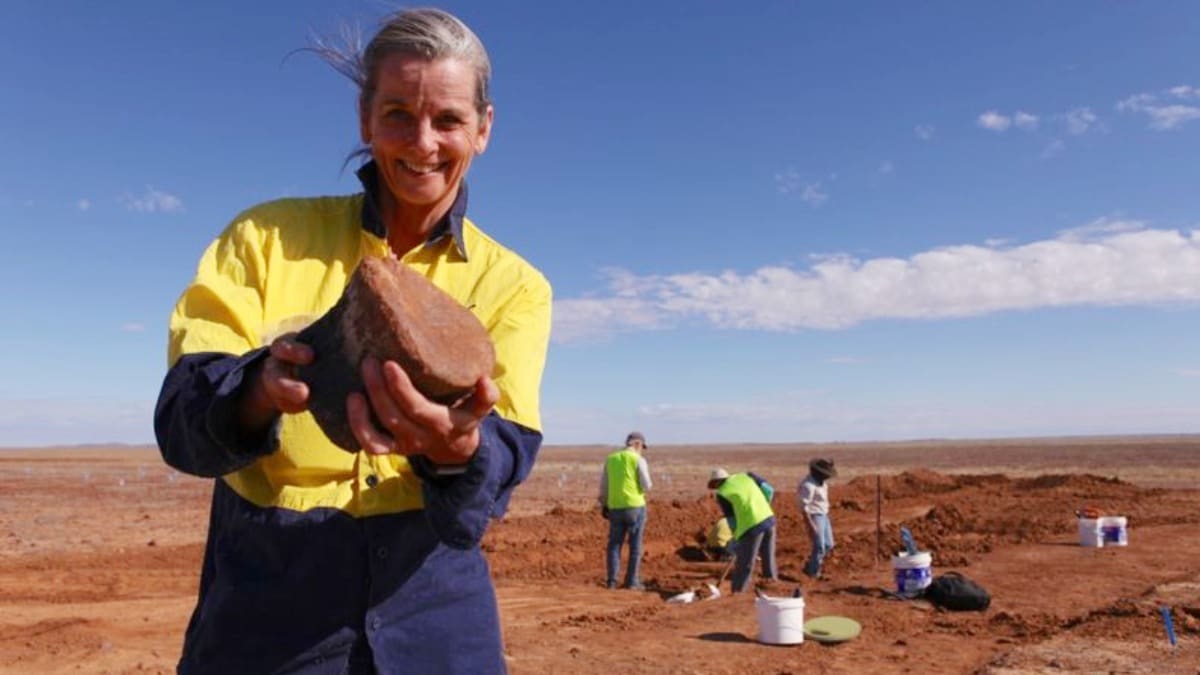 A team of palaeontologists has unearthed the bones of a dinosaur in Queensland, Australia. The discovered parts of spine, scientists said, could belong to a new species altogether and may well be the youngest dinosaur discovered in Australia to date. The remains were uncovered after experts from the Eromanga Natural History Museum carried out digging in the region of Eromanga, the country’s furthest town from the sea. The palaeontologists also stated that bones could belong to a dinosaur estimated to be 98 million years old.

Corey Richards, the museum’s operations manager, said that the site where the digging was carried out had a large number of fossils scattered across the surface. “The main excitement is we don’t know what type of dinosaur it is but we assume it’s a sauropod which is a plant-eating dinosaur,” he told Daily Mail. Since not many dinosaur bones have been found in Australia, Richard added that the ones discovered recently are expected to be “new or different.”

He said getting the bones out of the ground was a lengthy process and even involved processing the remains at an on-site lab before taking them to a formal laboratory. Then the team moved through the layers, about four inches at a time using machinery, Richard said.

Robyn Mackenzie, director and palaeontologist at Eromanga Natural History Museum, echoed Richards’ sentiment, saying the bones are likely of a new species. Mackenzie said that the remains will be sent to a laboratory but she could right away share “a little.” “It’s from a large plant-eating dinosaur, one they call a sauropod,” she told 9 News. Interestingly, the site where the remains were unearthed was first noticed by Mackenzie’s daughter Cindy, daughter-in-law Heidi, and son Sandy, who were checking sheep in the paddock.

The team that discovered the vertebrae has been able to dig only about a metre of earth and therefore they hope there is more to be uncovered. It may take somewhere between three to five years to fully exhume the remains of the 98 million-year-old dinosaur.

“The thing is we collect these fossils from the soils and then we have to come back and work on them in the museum and that process can take three to five years,” Richard said.

Mackenzie said that the team had found many sites over the last 17 years and each year they go through each site. “Because the right age soils have been exposed we’ve found the dinosaur bones on top of the soil. That’s the key to finding more bones beneath the ground,” she said. “These are some of the richest dinosaur fields in Australia”.

It’s an all television spectacular this week on Orbital, the Gadgets 360 podcast, as we discuss 8K, screen sizes, QLED and mini-LED panels — and offer some buying advice. Orbital is available on Apple Podcasts, Google Podcasts, Spotify, Amazon Music and wherever you get your podcasts.
This article was originally published by Ndtv.com. Read the original article here.