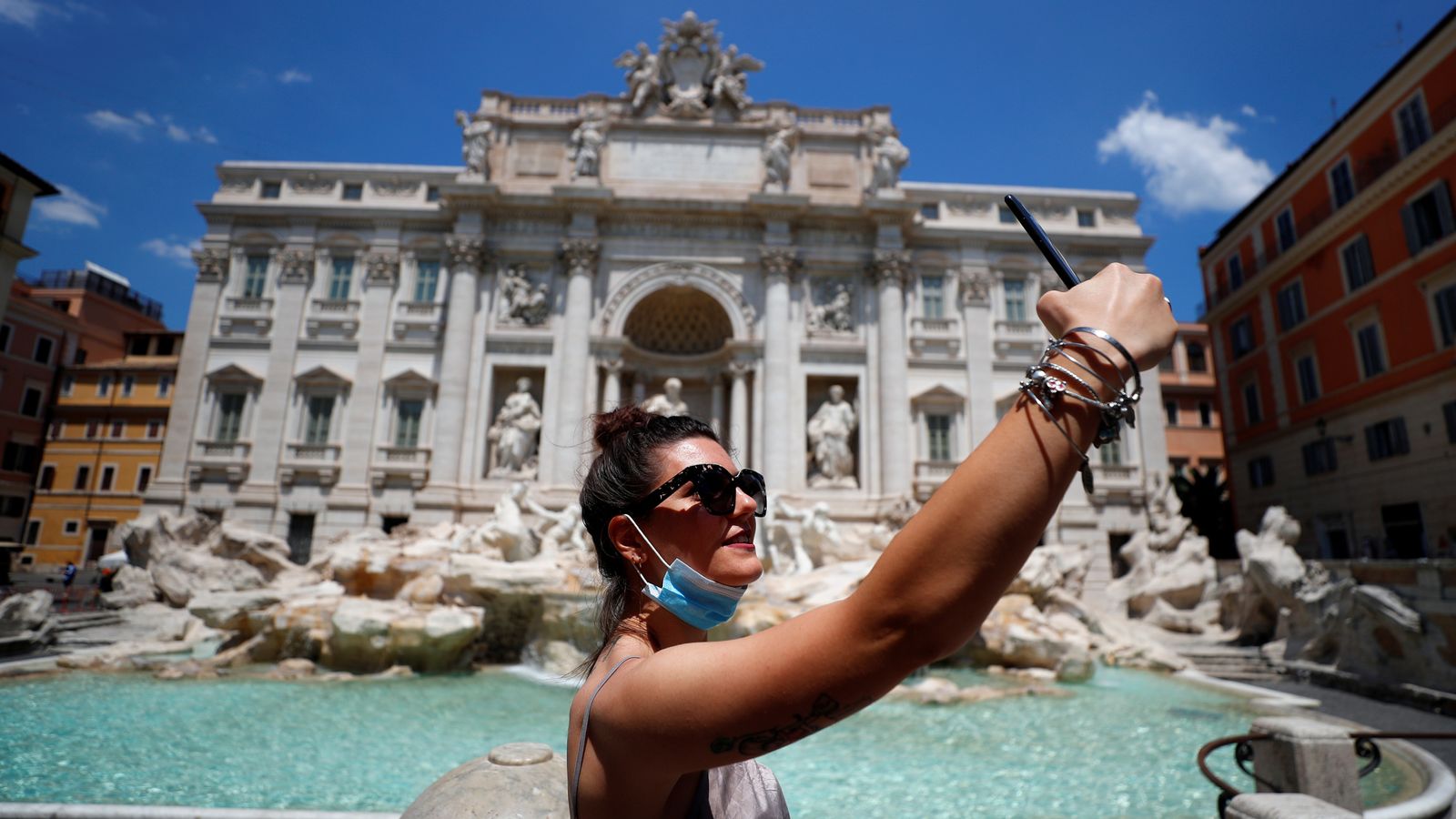 Italy is introducing a mandatory five-day quarantine for visitors from Britain from Monday amid growing concerns over the Delta coronavirus variant.

They will also have to be tested for COVID, the country’s health minister Roberto Speranza said on Friday.

But curbs will be relaxed on travellers from a number of other countries.

The move comes after figures show the Delta variant, which was first identified in India, now accounts for almost all of the UK’s COVID cases.

Some 33,630 cases of the variant were recorded in the last week, according to data from Public Health England (PHE).

The most recent data shows “99% of sequenced and genotyped cases across the country” are the Delta variant, it added.

Mr Speranza made the announcement in a Facebook post, saying the five-day quarantine period with a swab requirement will apply to anyone coming from Britain.

But visitors from the United States, Canada, Japan and other European Union states can enter if they have a green pass, showing they are vaccinated or have recently tested negative.

A ban on people arriving from India, Bangladesh and Sri Lanka will remain in place, Mr Speranza said.

According to PHE estimates, the Delta variant is thought to be 65% more transmissible than the Alpha (Kent) variant in households.

And the risk of being admitted to hospital with it is around double that of the Alpha variant.

The World Health Organisation’s chief scientist said on Friday that the Delta variant is becoming the dominant strain around the world.

Soumya Swaminathan said: “The Delta variant is well on its way to becoming the dominant variant globally because of its increased transmissibility.”

What has Belarus got to do with the Russia-Ukraine conflict?
Exclusive: China ‘likely’ to invade Taiwan in 2027
Hear what investigators found inside Idaho suspect’s home
‘Putin has no red lines’: Ex-ambassador explains Putin’s mindset
Taiwan: Live radio chatter between fighter jets reveals tension