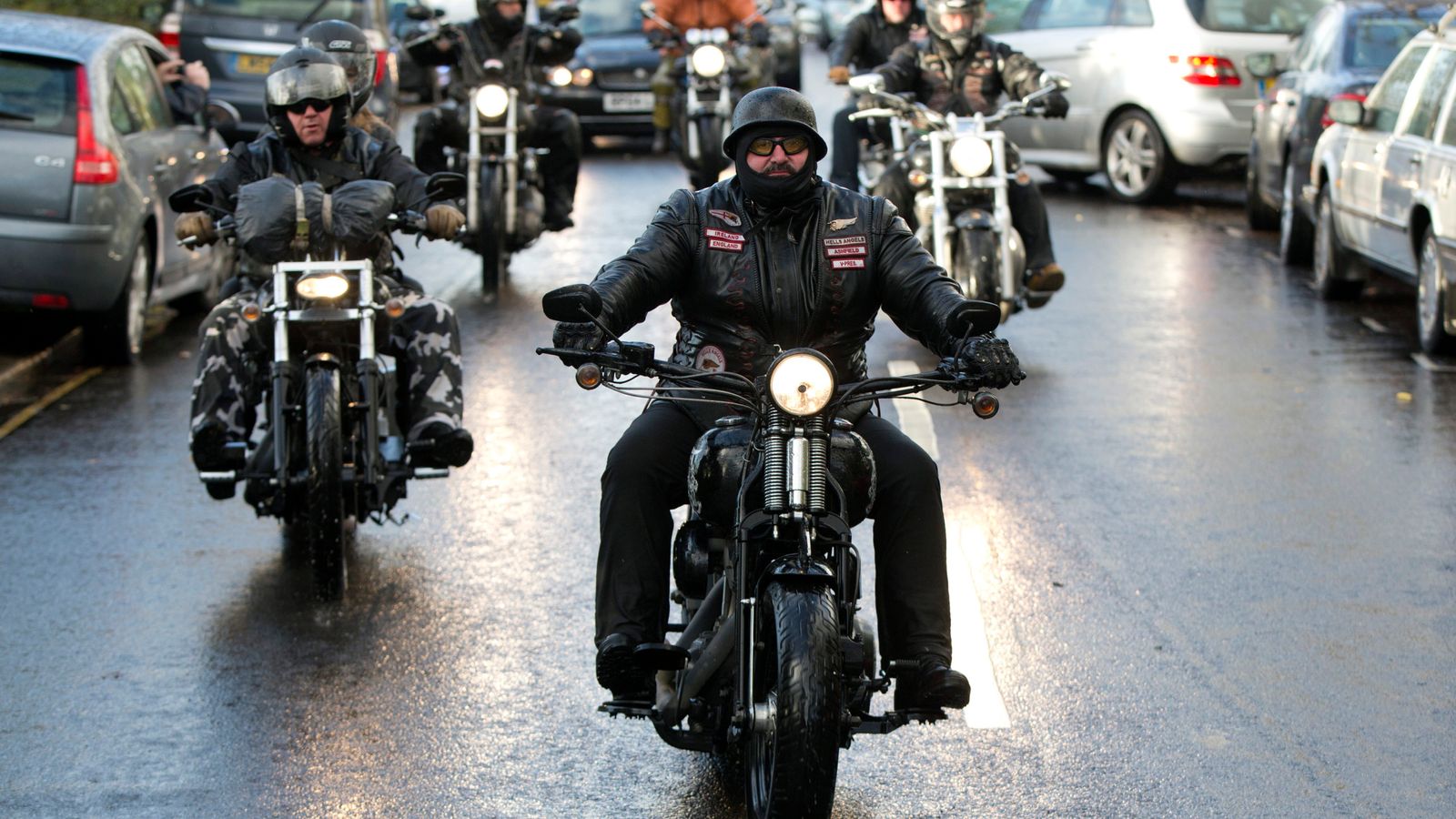 In August 2007, Hells Angels biker Gerry Tobin was travelling on the M40 on his customised Harley Davidson when two gunmen fired at a him from a vehicle in the outside lane.

Tobin was riding at around 90mph and died instantly after a bullet hit him just below the helmet. The police very quickly arrested a number of members of the Outlaws – a motorcycle group which was the arch rival of the Hells Angels.

When Sky journalist Darren Little was sent to cover the shooting he had no idea he was about to enter into a violent and bloody world he didn’t even know existed. His journey would bring him face to face with one of the most dangerous men in the country.

Darren has shared his story in UK Biker Wars, the ninth episode of StoryCast ’21, a Sky News podcast series telling 21 stories from the year 2000 to 2021. Listen below.

StoryCast ’21 is telling 21 personal stories from some of the biggest news events of the century.

Click the link below to explore the series and the listen to all of the episodes released so far.

Peter Obi: The man getting Nigerians excited about the next election
Ex-Trump official reveals the moment he knew his job was at risk
Bus carrying 70 people overturns in icy conditions in Somerset
Outraged parents call out school board after 6-year-old allegedly shoots teacher
Former CIA director: US is sending ‘unhelpful message’ to allies