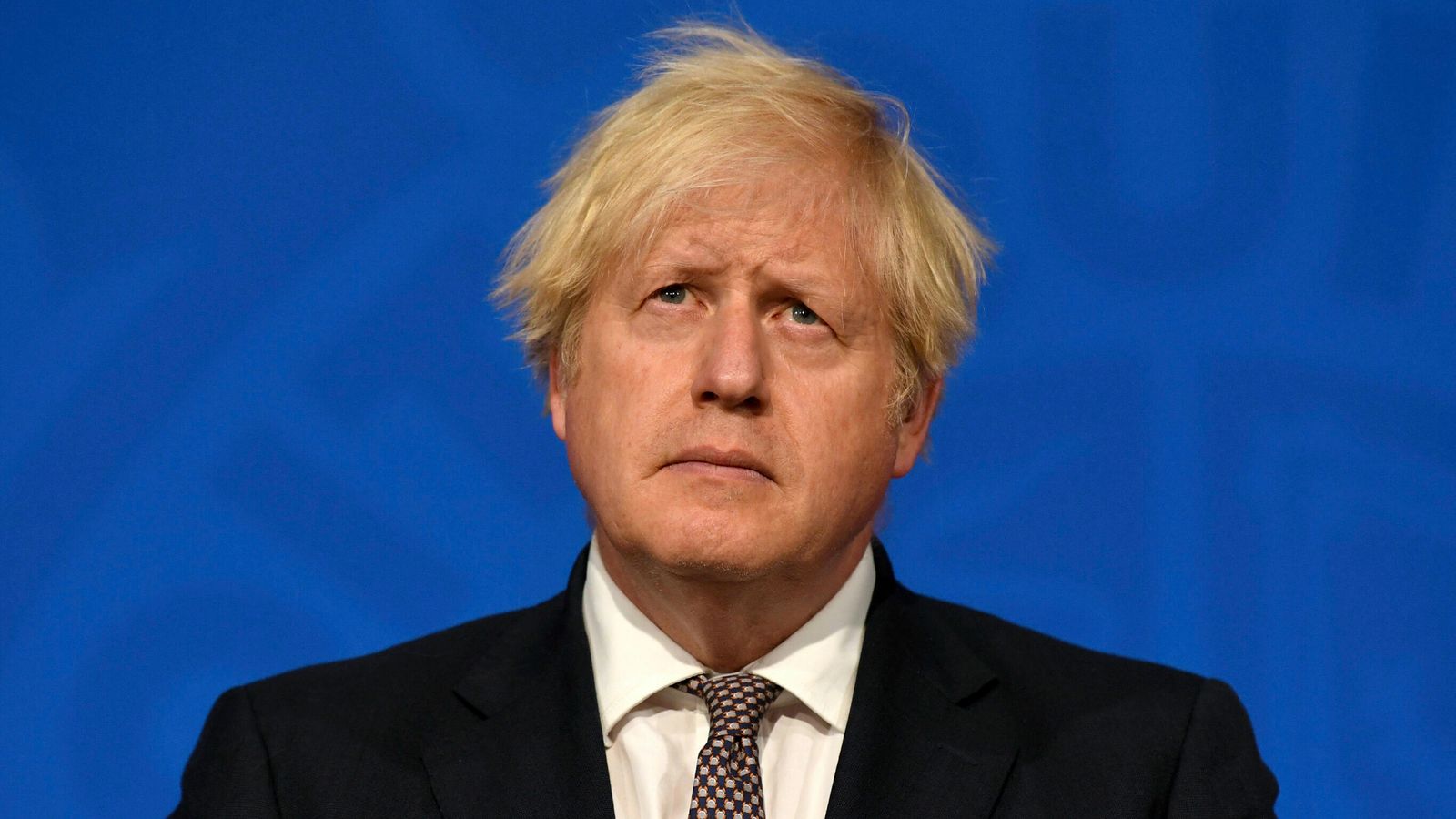 The prime minister will emerge from isolation this coming week and deliver what is being billed as his new “beating crime plan”.

Boris Johnson, who will finish his quarantine period at his Chequers country retreat on Monday, is seeking to get back on the front foot as he begins his third year as prime minister.

Headlines in recent days have focused on the toll of the so-called “pingdemic”, the number of people isolating after being identified as a close contact of someone who has tested positive for COVID-19. 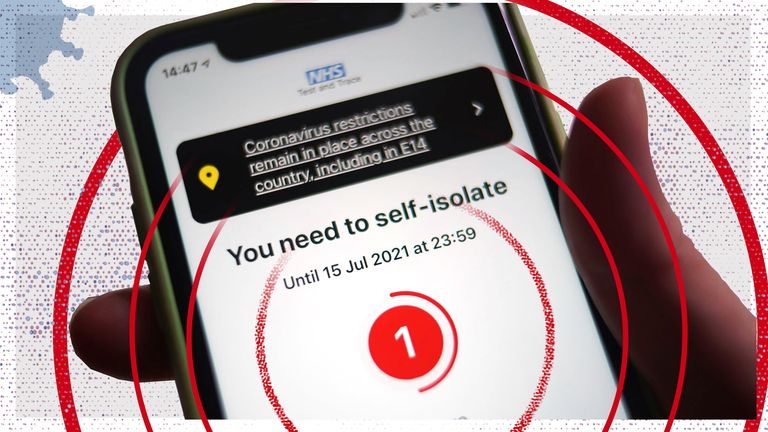 There has been anger and calls for exemptions from isolation for a range of key workers.

The government announced that people in frontline roles such as police, fire and the Border Force will now be able to avoid quarantine regardless of their vaccine status, as part of an expansion of workplace testing in England.

It comes as Health Secretary Sajid Javid, whose positive COVID diagnosis prompted Mr Johnson and Chancellor Rishi Sunak to isolate after they were identified as close contacts, faces criticism for saying people should no longer “cower from” the virus.

The double-jabbed Mr Javid made the comment in a tweet revealing he had made a “full recovery” from COVID a week after testing positive.

The prime minister and chancellor initially said they were taking part in a daily-test pilot scheme that would see them skip isolation, but this decision was reversed within a matter of hours after a backlash.

Meanwhile, the Police Federation of England and Wales has said it no longer has confidence in Home Secretary Priti Patel.

The body, which represents rank-and-file officers, said a police pay freeze was the “final straw”.

Amid this backdrop, Mr Johnson will promise that every victim of crime will have a “named officer to call – someone who is immediately on your side”.

Writing in the Sunday Express newspaper, Mr Johnson said: “We need now to redouble our efforts, to continue to put more police out on the street, and to back them all the way.”

The prime minister also said the government will ensure that league tables are published for 101 and 999 call answering times, dedicate more officers to tackling the “tiny minority of truant kids” and redoubling efforts to combat county lines drug gangs.