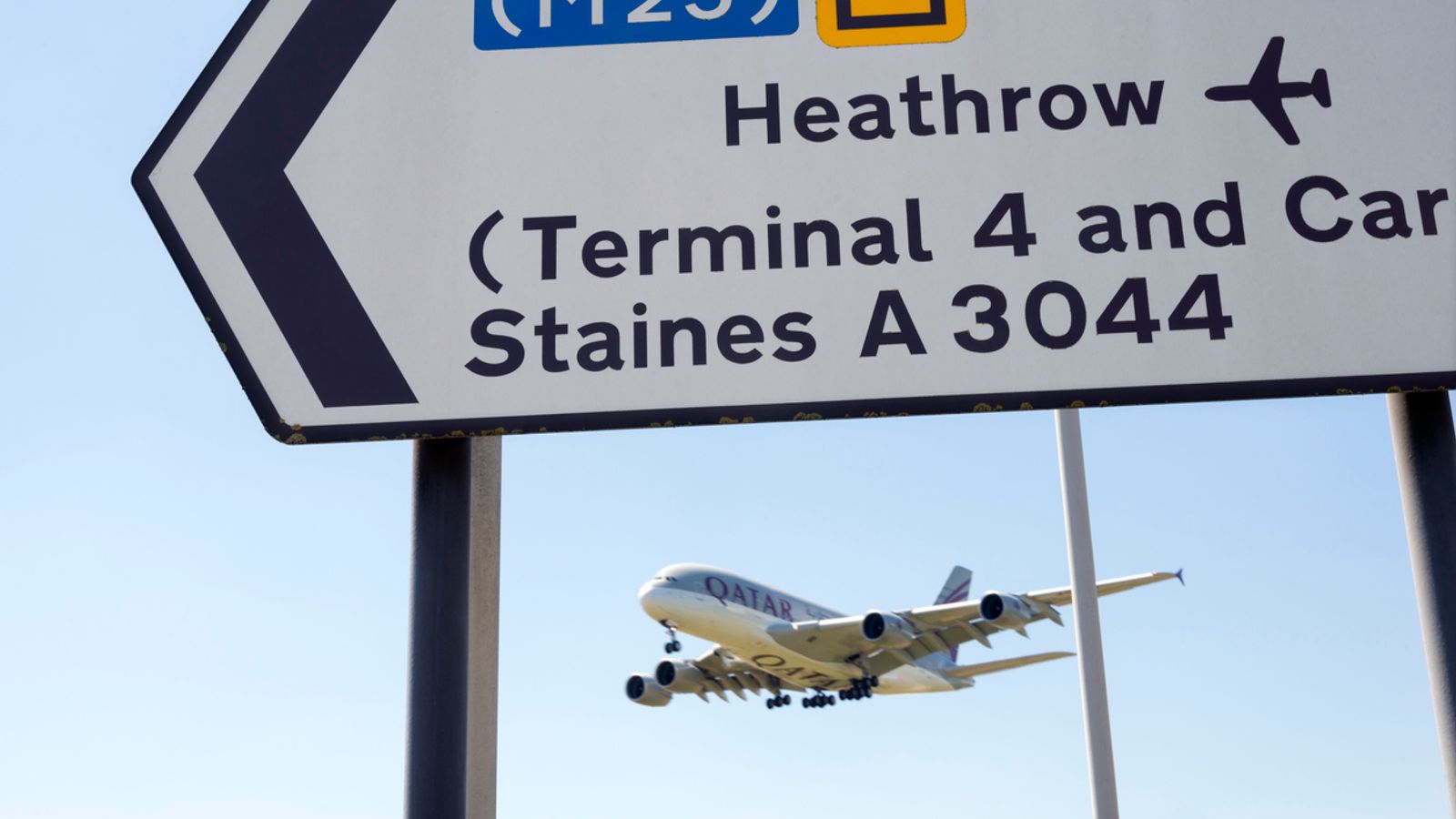 The government is “increasingly confident” that more countries will soon be added to the amber and green travel lists, Dominic Raab has told Sky News.

The foreign secretary said he believes opportunities for international travel can in the near future be opened up further as “the momentum forward is positive”.

Mr Raab also did not rule out the possibility of popular holiday hotspot Spain moving to a different category in the government’s traffic light travel system at the next review point a week on Thursday.

“We’ve done the job we had to do domestically and as we see other countries catch up if you like, I think we are increasingly confident that more countries will go either on amber or on to green,” he told Kay Burley on Sky News.

Pressed on whether Britons wanting to book trips to Spain would be safe to do so, the minister added: “I can’t rule things out that the JBC (Joint Biosecurity Centre) and the government will decide but they’ll make that decision next week in terms of the traffic light system for all the relevant countries.”

On Wednesday, the government announced that fully vaccinated travellers from the EU and the US will not have to quarantine when arriving in England, Scotland and Wales from an amber list country.

Transport Secretary Grant Shapps said the change would come into force from 4am on 2 August and that applicable passengers must have received two jabs with vaccines authorised by either the European Medicines Agency (EMA) or the Food and Drug Administration (FDA).

Mr Raab said there is the “right level of security and assurance” to allow this loosening of quarantine restrictions for EU and US travellers to take place.

“We keep an eye on the variants, but because of the 70% double vaccination of our population and because we are insisting only people from the US, the EU and perhaps in due course, as we build up confidence in the system other countries, we proceed on that basis,” the foreign secretary told Sky News.

“Because it is people who are double vaccinated we believe we have got the right level of security and assurance against people who might be at risk of a variant coming in from abroad.”

Mr Raab added that the requirement for those eligible to have been vaccinated with FDA or EMA approved vaccines “demonstrates that we’ve looked at that very carefully”.

Asked whether the same rule could be brought in for other countries, the foreign secretary confirmed he has been in touch with his counterparts from other nations.

“Already overnight I have had foreign ministers message me saying we’ve noticed the announcement – what can we do to do this on a reciprocal basis,” Mr Raab told Sky News.

“I think the key thing about the EU countries and the US, they are countries where we’ve got high trust in the mechanism for verifying double vaccination. Those are the kind of countries that we’d want to pursue in the future.”

The foreign secretary refused to “speculate” on precisely which other countries could see a similar policy introduced.

On Wednesday, deputy leader of the Labour Party Angela Rayner called the further relaxation of quarantine rules for US and EU travellers coming to England, Scotland and Wales “reckless”.

And speaking to Kay Burley on Thursday morning, shadow home office minister Jess Phillips called for more data to back up the government’s decision.

“As much as the next person I want to see people coming here and being able to go holiday,” Ms Phillips told Sky News.

“But what I don’t understand and what the foreign secretary didn’t illuminate on any further is exactly what the data is on each of these countries.

“And I think that is really important.”

Travellers coming from the EU and US will still be required to complete a pre-departure test before arriving in England, Scotland and Wales, alongside a PCR test on or before day two after they have landed.

The announcement came after a COVID Operations meeting, which was attended by senior cabinet ministers.

The Department for Transport confirmed separate rules will continue to apply for those arriving from France and that the measures announced on Wednesday “will be kept under review and be guided by the latest data”.

They also reiterated that while some restrictions remain in place, travellers “should expect their experience to be different and may face longer wait times than they are used to”.

Health Secretary Sajid Javid hailed the quarantine rule change as a “boost to the economy” and said it is “safe from a public health point of view”.

Both Scotland and Wales will also allow quarantine-free travel for those fully vaccinated travellers from the EU and the US from amber-list countries, but Northern Ireland has yet to announce if it will also relax the rules.

Northern Ireland has yet to announce if it will also relax the rules.

Currently, those arriving in the UK from amber list locations – which includes the US and much of the EU – must have had both doses of a coronavirus jab as part of the UK’s own vaccination programme to avoid the requirement to self-isolate for 10 days.