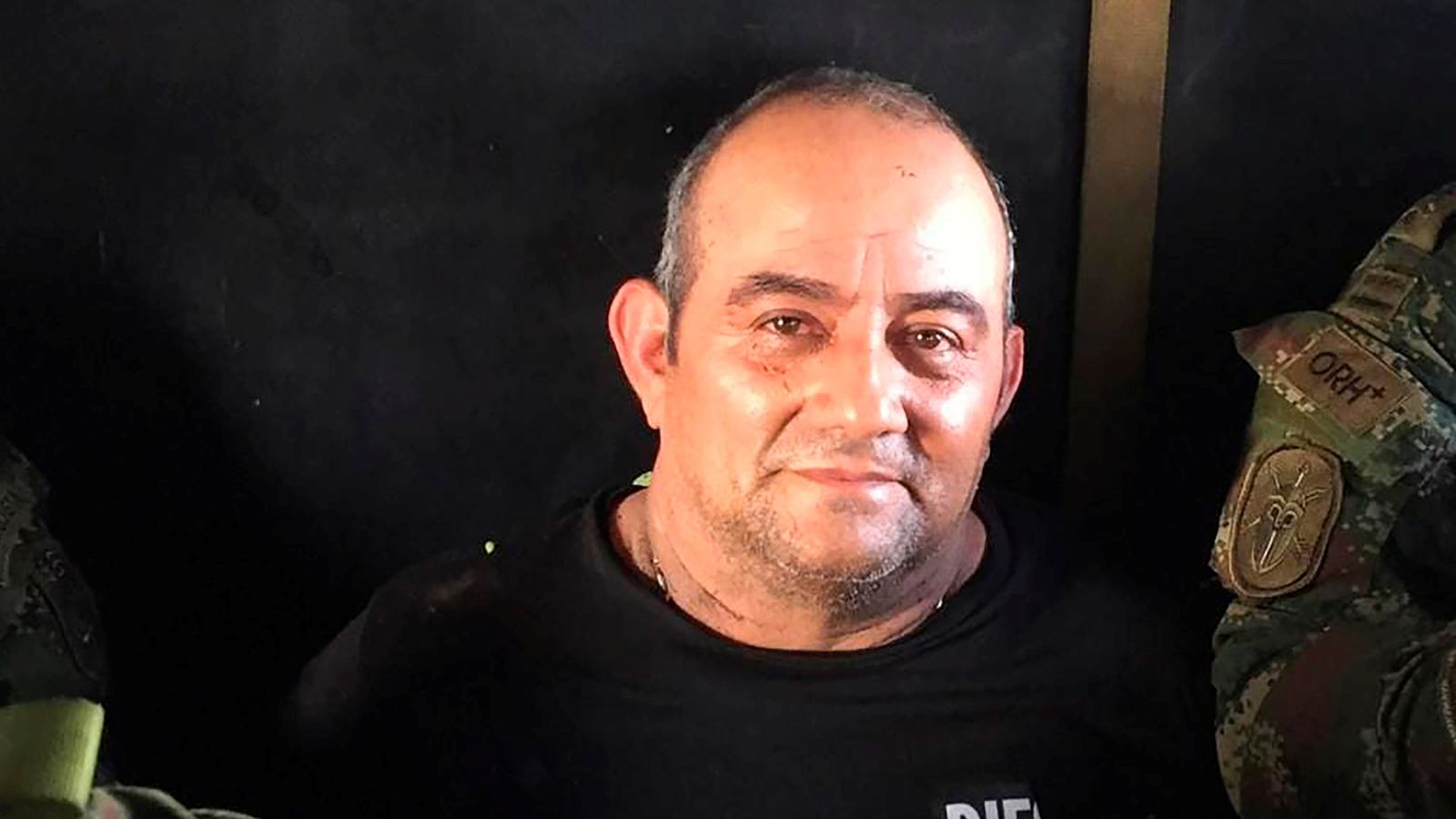 A notorious Colombian drug kingpin has been arrested in what has been described as the biggest blow to the country’s trafficking network since the death of Pablo Escobar.

Dairo Antonio Usuga, known as Otoniel, was captured by the armed forces during an operation in a rural area of the South American nation’s Uraba region.

Both the Colombian and US governments had been willing to pay a premium for information about the gang leader’s network and whereabouts – three billion pesos (£577,000) and $5m (£3.6m) respectively.

Otoniel is accused of sending dozens of shipments of cocaine to the US, killing police officers, illegal mining, recruiting minors, and sexually abusing children, among other crimes.

Colombian President Ivan Duque hailed the 50-year-old’s arrest in a video message, saying: “This is the biggest blow against drug trafficking in our country this century.

“This blow is only comparable to the fall of Pablo Escobar in the 1990s.”

Such was the significance of the arrest, soldiers posed for pictures and took selfies with Otoniel.

The operation, which resulted in the death of one police officer, brought to an end years-long efforts to find Otoniel.

Dozens of his lieutenants were captured and killed in an operation in 2016, and his sister, Nini Johana Usuga, was arrested in March this year.

She was extradited to the US to face charges connected to drug trafficking and money laundering.

Otoniel’s rise to prominence saw him become leader of drug trafficking group Clan del Golfo, or Gulf Clan, following stints as a left-wing guerrilla and later as a paramilitary.

Clan del Golfo has around 1,200 armed men – the majority being former members of far-right paramilitary groups, stationed across 10 of Colombia’s 32 provinces.

While Colombia’s president was bullish in the wake of Otoniel’s arrest, he has been warned that another figure will almost certainly take his place.

Sergio Guzman, director of the Colombia Risk Analysis organisation, said the arrest was a “big deal”, but that Otoniel was “bound to be replaced”.