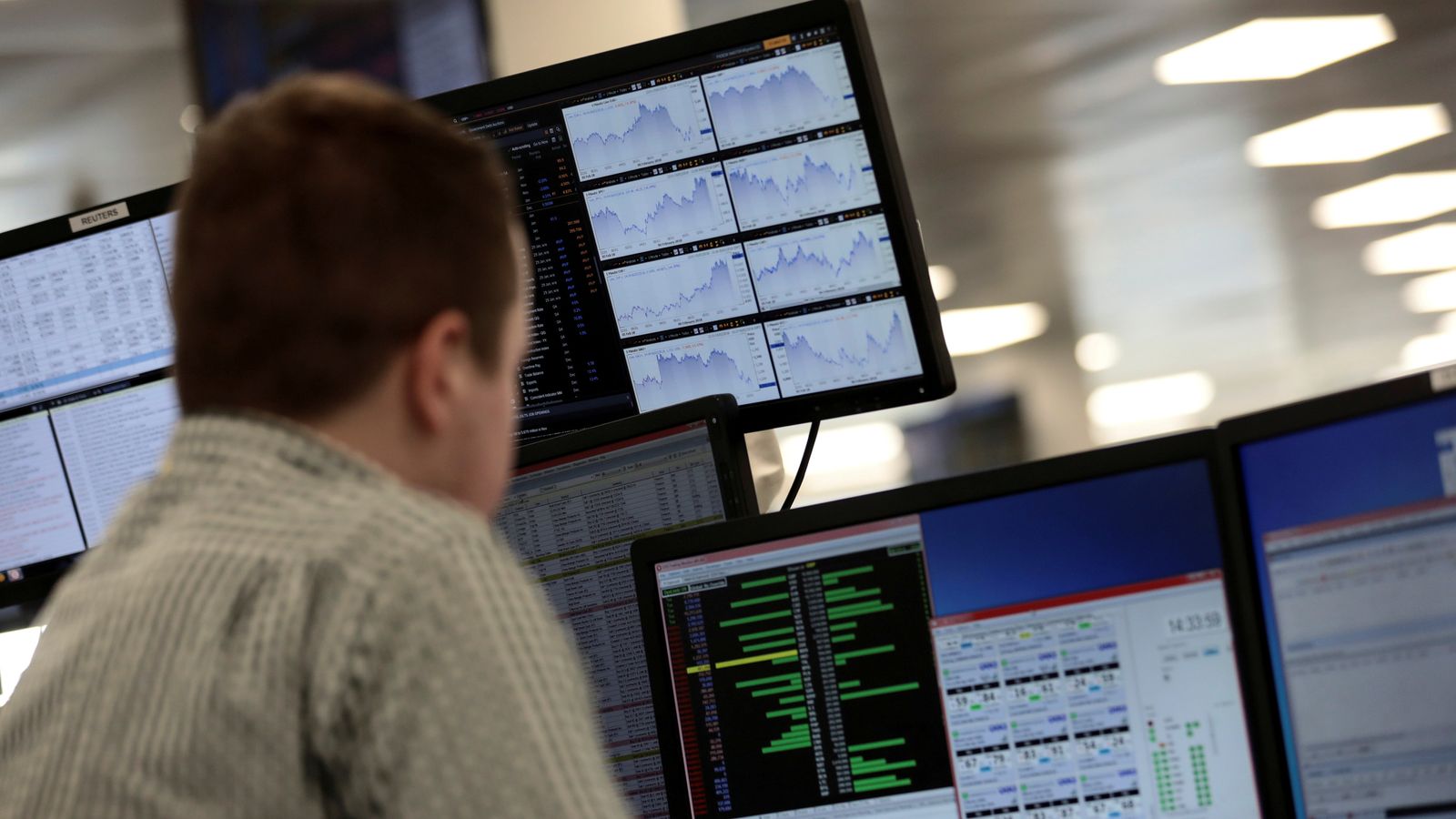 Travel stocks have led a FTSE 100 rally as the latest swing in sentiment over the Omicron variant saw global markets bounce higher.

British Airways owner International Airlines Group, which suffered the steepest decline when stocks suffered a big sell-off last Friday, was the biggest riser in the London blue-chip index on Wednesday, up more than 6%.

The wider index was up by more than 100 points, or around 1.5%, during the session – joining a global recovery after a sell-off on Tuesday sparked by pessimistic comments from drugs firm Moderna about the efficacy of COVID-19 vaccines against Omicron.

Stocks have been on a rollercoaster ride all week, having staged a rally on Monday in the wake of last Friday’s plunge.

Outside London’s premier index, easyJet soared by 7% and Tui rose by nearly 5%, with a similar rise for Dublin-listed Ryanair.

Oil prices staged a recovery too – with Brent crude, having dipped below $70 a barrel overnight, climbing towards $73 before giving up some of those gains.

It remains well below the highs of more than $86 reached in October.

In Europe, bourses in Frankfurt, Paris and Milan all turned sharply higher.

Markets have been caught up in anxiety about the Omicron variant as its emergence prompted reinforced travel and other restrictions to be enacted by a number of countries.

Further pressure was applied after comments from Jerome Powell, chairman of the US Federal Reserve, the world’s biggest central bank.

Mr Powell indicated that the Fed’s multi-billion dollar programme of asset purchase support – enacted to try to cushion the economy from the impact of the pandemic – might have to be scaled back more quickly than previously indicated in the face of rising inflation.

Richard Hunter, head of markets at Interactive Investor, said: “UK markets continue to blow hot and cold in the face of Omicron uncertainty, in terms of both the medical and economic impact.

“Taking the lead from a more positive overnight session in Asia, shares were marked higher in opening exchanges in something of a relief rally.

“Even though there is insufficient information on the latest variant fully to assess the impact, there is an increasing feeling that any fallout would be less severe than that seen in the initial pandemic.

“In any event, and as seen in previous waves, companies are better prepared to deal with any future restrictions having experienced them before.

“Some consider the initial market reaction to the news to have been overdone which has led to some bargain hunting as is the case in the UK today.”

CNN reporter witnesses Haitian gang violence from inside armored car
Pink Floyd co-founder explains meaning behind warning at the top of his show
Biden struggles to get his jacket on
Anne Heche in ICU after car she was driving crashes into home
‘Water was over my head’: Kentucky man rescues 7 from floods