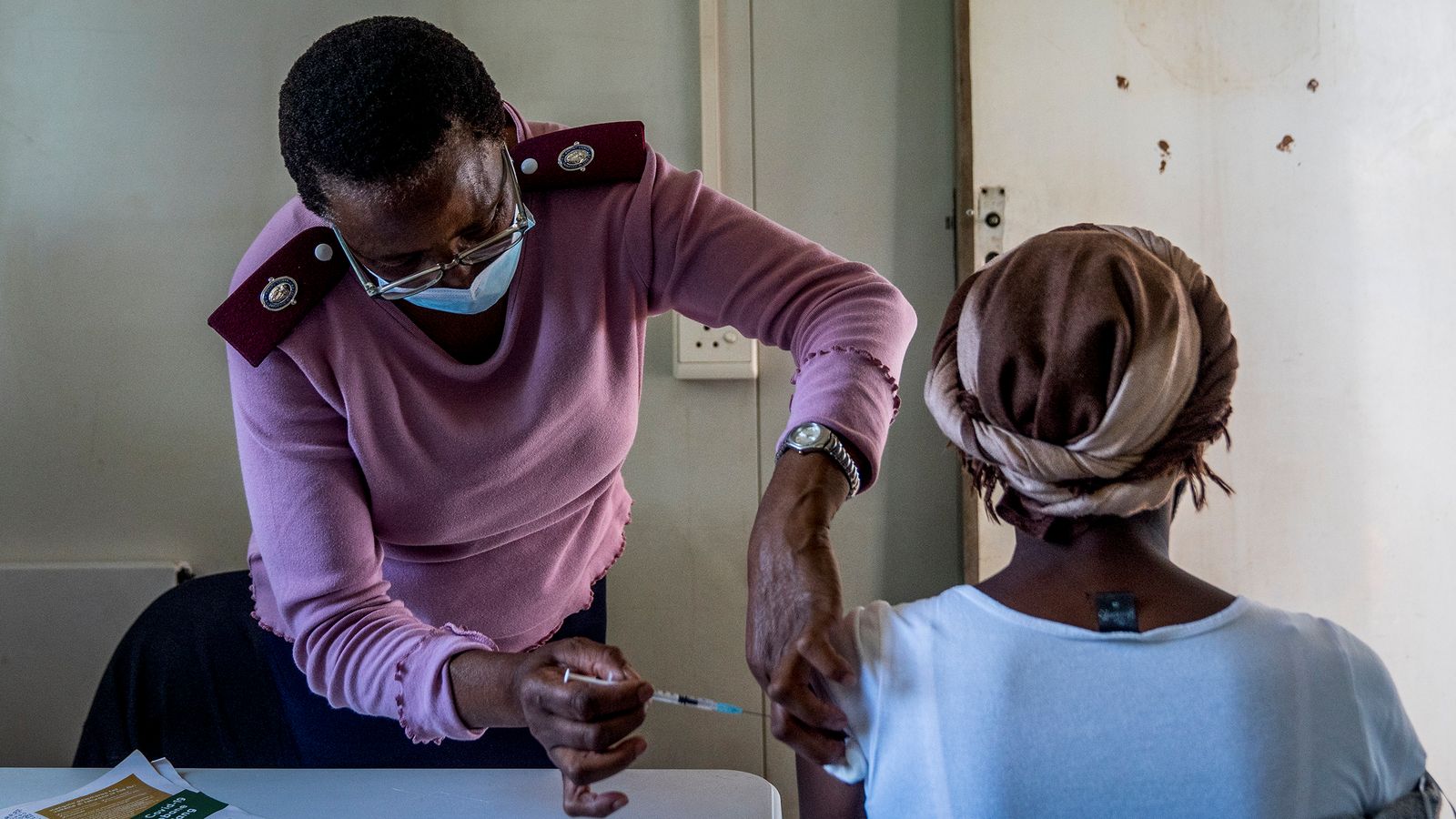 The World Health Organisation (WHO) is set to deploy a surge team to South Africa to help deal with the new Omicron COVID variant outbreak.

The team will be sent to Gauteng province to help with surveillance and contact tracing as experts warned the new variant could be causing an increase in COVID reinfections across the country.

The WHO’s regional emergency director for Africa, Salam Gueye, also said it was providing technical assistance to boost the production and distribution of medical oxygen in Botswana – another area where Omicron has been detected.

The variant is thought to be causing more reinfections in South Africa than the Beta and Delta variants did, South African Professor Anne von Gottberg warned.

A reinfection is classed as someone who tests positive for COVID at least 90 days after a previous infection.

Asked exactly how many more reinfections are being caused by Omicron, the professor said it is “difficult to quantify”.

He said: “Certainly, at this stage, the news does look to be promising – the great majority of the breakthrough infection (in other words, individuals that have had infection despite vaccination) is mild.

“Our hospital surveillance is showing a little bit of an uptick but certainly nothing as dramatic as we’ve seen in the previous waves.

“We’ve only had this virus around for just over a week so I think we really need to watch this space.”

Professor von Gottberg said that South Africa has high seroprevalence – meaning many people have already contracted COVID – but early data suggests “previous infection does not provide them with protection from infection due to Omicron”.

She added that it is “early days” in the analysis of the new variant and said that “we all need to monitor the data as soon as they come out”.

Despite this, she said scientists remain hopeful there will still be protection against serious illness and death.

“We need to talk and brainstorm about what is happening, have the experts interrogate the data, and I’m hoping that we work quickly,” she said.

“Quickly to understand the variant, and quickly to open up borders again and allow for people to move between countries.”

The WHO added that most African countries have enough vaccine doses to respond to a surge in demand for people wanting to get the jab.