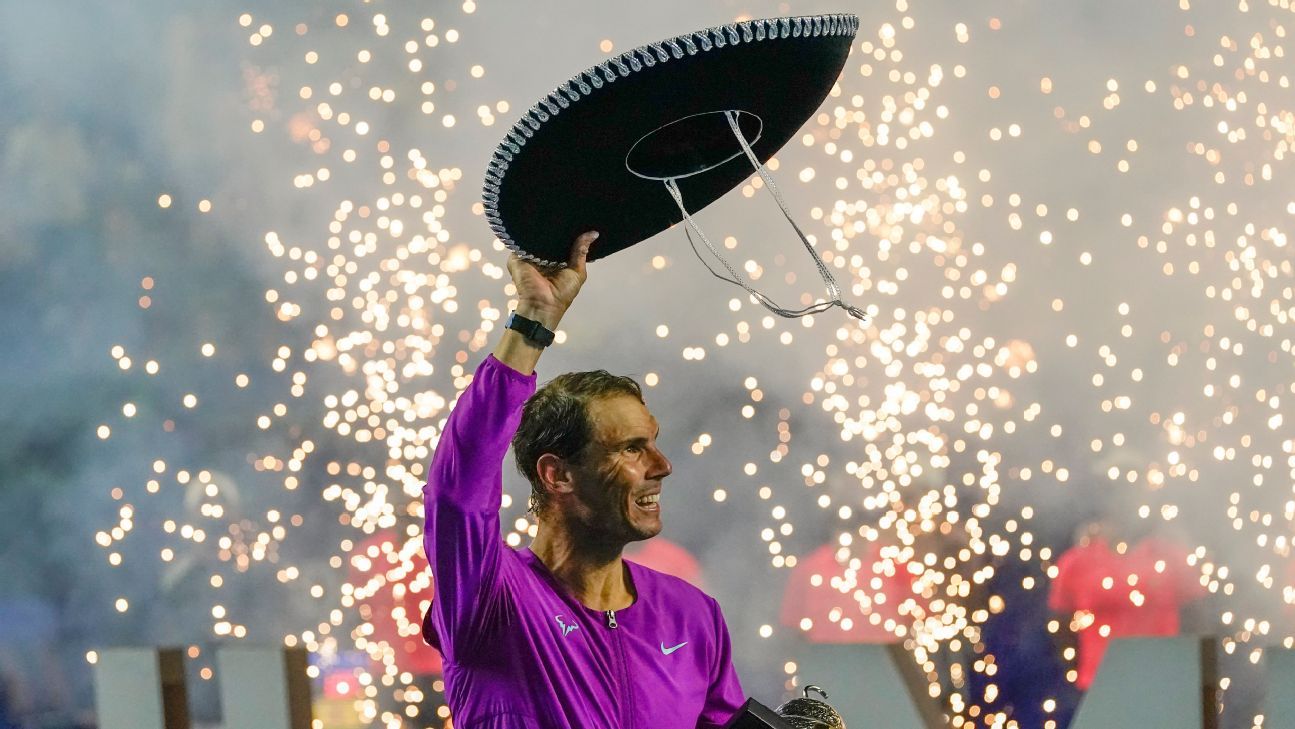 ACAPULCO, Mexico — Rafael Nadal said earlier in the week that he wasn’t aware of his career statistics. Now, he might want to have a look at them.

The 35-year-old Spaniard defeated Cameron Norrie 6-4, 6-4 on Saturday to win the Mexican Open and extend his career-best start for a season to 15-0 as he won his 91st ATP title.

Nadal, who won his third title in 2022, including the Australian Open for his record 21st Grand Slam singles title, is three victories from tying Ivan Lendl’s total of 94 for third place for most championships in the Open Era. Jimmy Connors leads with 109 and Roger Federer has 103.

The Spaniard won for the fourth time in Acapulco (2005, 2013 and 2020), where he is a fan favorite. Norrie, who was on an eight-match winning streak, was trying to become the first British man to win the Mexican Open in its 29-year history.

At the start of the match, Nadal had a break in the fifth game to take a 3-2 lead and went on to in the first set in 51 minutes.

In the second set, Nadal had a break in the first game, but Norrie returned it and appeared to be back into the match, but the Spaniard added breaks in the fifth and seventh games to take home the trophy

Ex-aide was backstage with Trump at his Jan. 6 rally. Here’s what she heard him say
War in Ukraine: What weapons are being given to Ukraine by the UK?
Former GOP lawmaker reacts to Sean Hannity bashing latest Jan. 6 hearing
Ukraine War: Why is Snake Island so important?
Hear who George Conway thinks needs to come clean about Trump’s role in Jan. 6