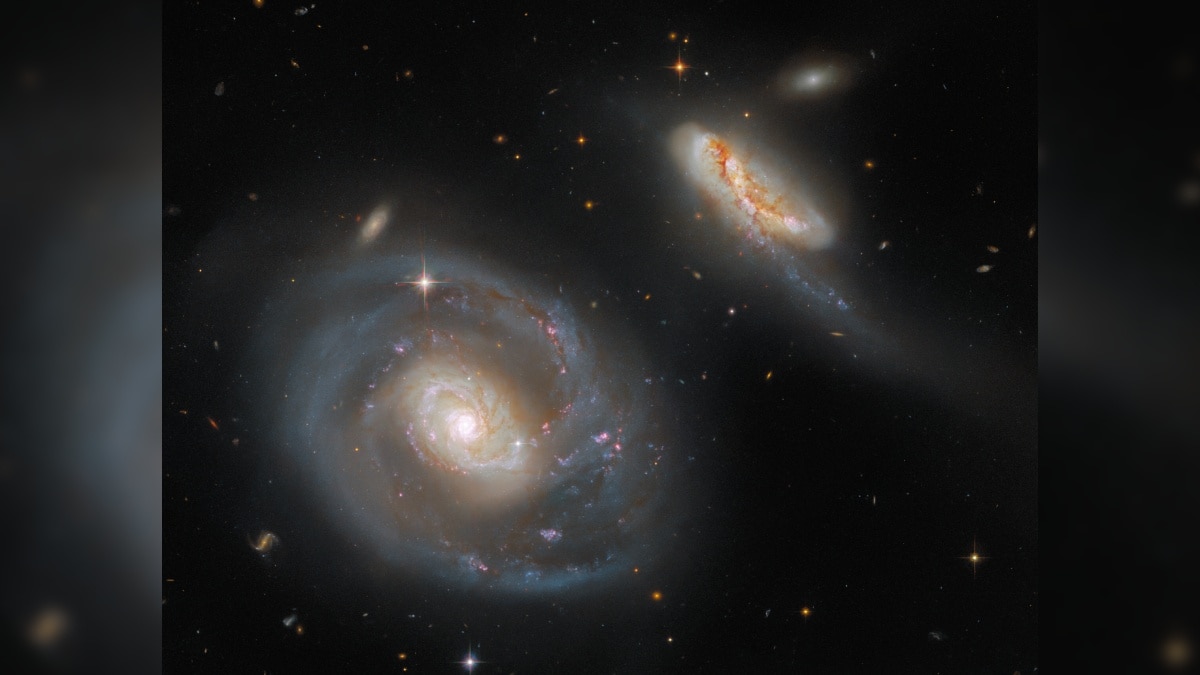 NASA’s Hubble Space Telescope has captured a stellar image of two interacting galaxies some 200 million light-years away from Earth. The pair is located in the Pegasus constellation, named after a winged horse from Greek mythology. The image shared by NASA on its Instagram page shows a large spiral galaxy (NGC 7469), and its diminutive companion (IC 5283). NGC 7469 is host to an active, supermassive black hole and a bright ring of star clusters.

Together, these galaxies are called Arp 298. The “Arp” in this pair’s name signifies that they are listed in the Atlas of Peculiar Galaxies compiled by the astronomer Halton Arp. The Atlas is a gallery of weird and wonderful galaxies containing peculiar structures. NASA said the larger of the two interacting galaxies in Arp 298 contains a supermassive black hole, and a bright ring of star clusters, which is an area of intense star formation.

Scientists study galaxies like these to understand how galaxies with supermassive black holes at their centre can create stars. NASA says if these interacting galaxies start to collide, they will approach one another and conduct a delicate “dance”. The gas in these galaxies will begin to lose angular momentum and funnel toward the centre, triggering additional star formation at an accelerated rate.

NASA said that this image of Arp 298 was captured using seven different filters from two of Hubble’s instruments — the Wide Field Camera 3 and the Advanced Camera for Surveys.

The agency added that this system will be one of the first galaxies to be observed by Hubble’s successor, the James Webb Space Telescope, which is currently undergoing mirror alignment process in space. James Webb is likely to begin science operations later this year.

For details of the latest Nokia, Samsung, Lenovo, and other product launches from the Mobile World Congress in Barcelona, visit our MWC 2022 hub.