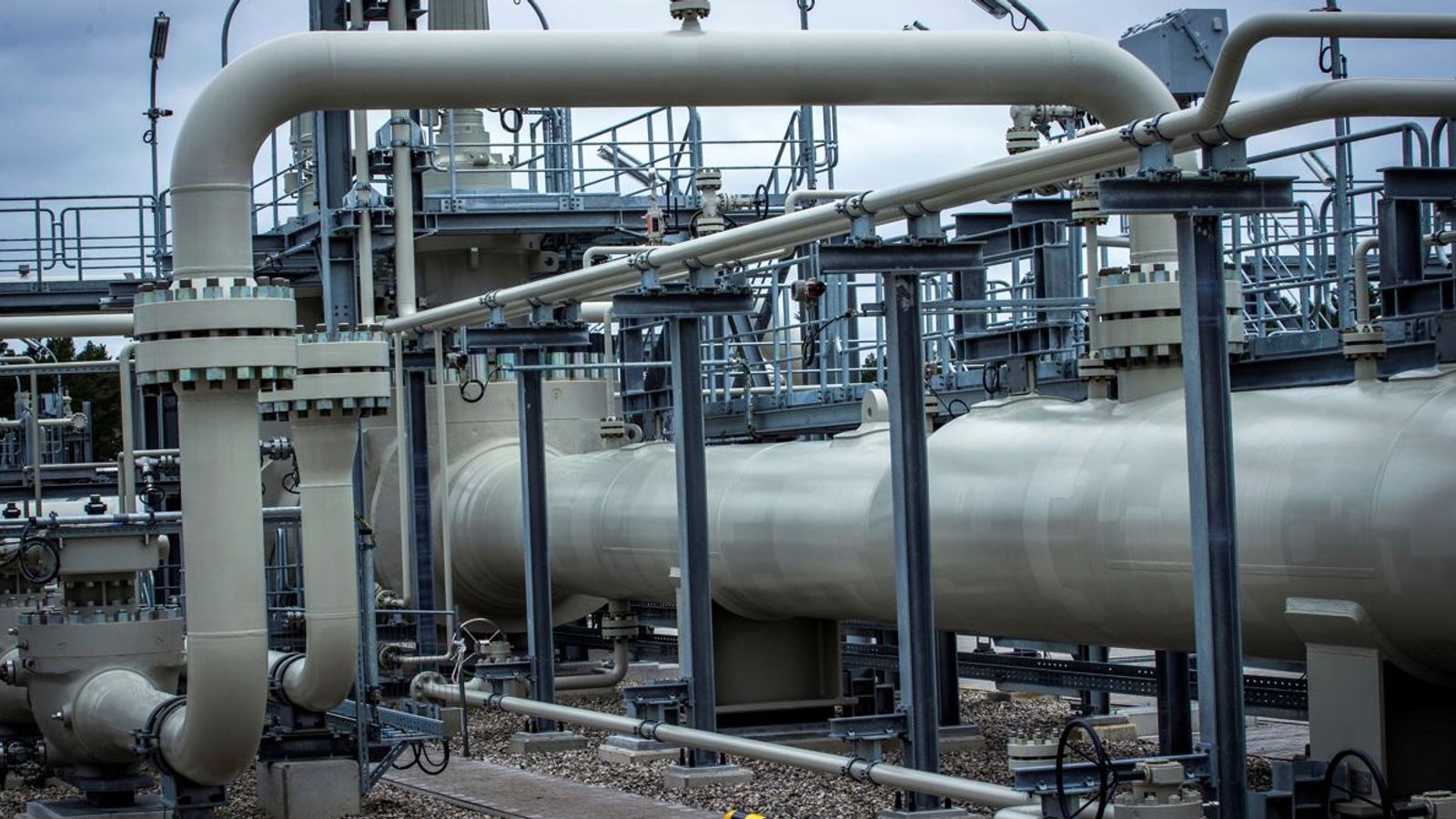 Russia’s war on Ukraine has sparked many extraordinary developments, among them the sanctions unleashed by the west on Moscow, which have been far more extensive and more rapidly mobilised than anyone could have been expected.

Another is the changes it is bringing about in the energy policies of many European countries.

Chief among them is Germany – which has indicated it may extend the lives of its nuclear power plants and keep coal-fired power plants online for longer than anticipated.

The news comes as Europe’s biggest economy finally acknowledges it needs to wean itself off cheap Russian gas.

Robert Habeck, Germany’s economy minister, told Deutschlandfunk radio how the government would react to Russia suspending gas exports: “We are prepared for that. I can give the all-clear for the current winter and summer.

“For the next winter, we would take further measures.

“We are also taking precautions for the worst case, which has not happened yet because the Russians are delivering.”

Mr Habeck went on to say that, in a worst-case scenario, Germany could keep “coal-fired power plants in reserve, maybe even keep them running”.

These are extraordinary comments for two reasons. The first is that Mr Habeck, Germany’s vice-chancellor, is a member of the country’s Green Party – a party whose origins lie in Germany’s anti-nuclear and peace movements of the 1960s and early 1970s and whose very identity is tied up with phasing out nuclear power.

The second is that a policy switch of the kind he describes marks a massive reverse of Germany’s energy policies of the last decade – policies that, with the benefit of hindsight, have made the country far more dependent on Russian gas and are likely to have emboldened Russian president Vladimir Putin in his belief that he could act with impunity in countries like Ukraine.

Germany’s former chancellor, Angela Merkel, announced after the disaster at the Fukushima nuclear power plant in Japan in March 2011 that the country would phase out the energy source by 2022.

That move, along with the enforced closure immediately of older nuclear plants and a nuclear tax later ruled to be illegal, sparked a financial crisis in Germany’s biggest energy companies just as they were being urged to invest more heavily in renewables.

Russian gas, along with burning more coal – which is not due to be phased out until 2038, was supposed to tide Germany over until it could switch fully to renewable energy. Germany obtains some 55% of its gas imports from Russia, which also supplies some 50% of its coal and 30% of its oil.

So the new German government is having to make big – and quick – decisions over its energy security.

The decision after Russia’s invasion of Ukraine not to go ahead with Nord Stream 2, the controversial new gas pipeline from Russia, shows that it is prepared to do just that.

It was a huge sacrifice from Berlin that will potentially spark a sharp increase in the cost of living in this most inflation-conscious of nations.

As well as potentially extending the lives of nuclear and coal-fired power stations, Germany is pushing through legal changes requiring the operators of gas storage facilities to keep them fuller for longer, with Mr Habeck currently steering a bill through the Bundestag to create a national gas reserve.

The move has partly been inspired by the realisation that Germany’s gas storage facilities – one-third of which are owned by the Russian state-controlled supplier Gazprom – are only around 30% full.

The government has speculated that Gazprom or companies linked to it have purposely allowed reserves to dwindle to coincide with Russia’s attacks on Ukraine. The country is also scrambling to build two new terminals on its North Sea coastline to receive more cargoes of liquefied natural gas.

This is likely to come from the United States and from Middle Eastern suppliers such as Qatar.

Germany is not the only country shunning Russian gas. Austria, which obtains 64% of its gas from Russia, is even more dependent on Moscow. It too is doing its best to reduce its reliance with the Austrian chancellor, Karl Nehammer, tweeting on Monday that the country would do “everything” to that end.

The Austrian energy company OMV, which is the country’s main importer of Russian gas, confirmed on Tuesday that it has abandoned plans to by a 25% stake in projects being led by Gazprom in the Urengoy gas field to the north of Russia.

OMV, which put up €729m towards the construction of Nord Stream 2, also said it was reviewing its involvement in the project.

Meanwhile, across international energy markets today, prices have been pushed higher amid signs that the trading arms of energy companies and power utilities are shunning Russian oil and gas and are seeking to make good the shortfall elsewhere.

It was announced overnight that some 60 million barrels of oil would be released from the strategic reserves from the International Energy Agency’s 31 member countries, half of which came from the US, which was only the fourth co-ordinated drawdown by the IEA since the oil crisis of 1974.

But it appears to have had little impact as the price of Brent crude spiked overnight to $113 per barrel – a level not seen since July 2014.

As dramatic have been the moves in the price of natural gas.

The price of a therm of gas for delivery next month jumped to 463.83p at one point, close to the peaks that has for next-month delivery hit just before Christmas, while the main European benchmark, Dutch Title Transfer Facility (TTF), hit its all-time high today.

These moves reflect in no small part Europe’s rejection of Russian gas and the need to obtain supplies from elsewhere.

They are also likely to feed into higher household bills and into inflation remaining higher for longer than expected – highlighting how European households and consumers are also going to be paying the price for Mr Putin’s war.