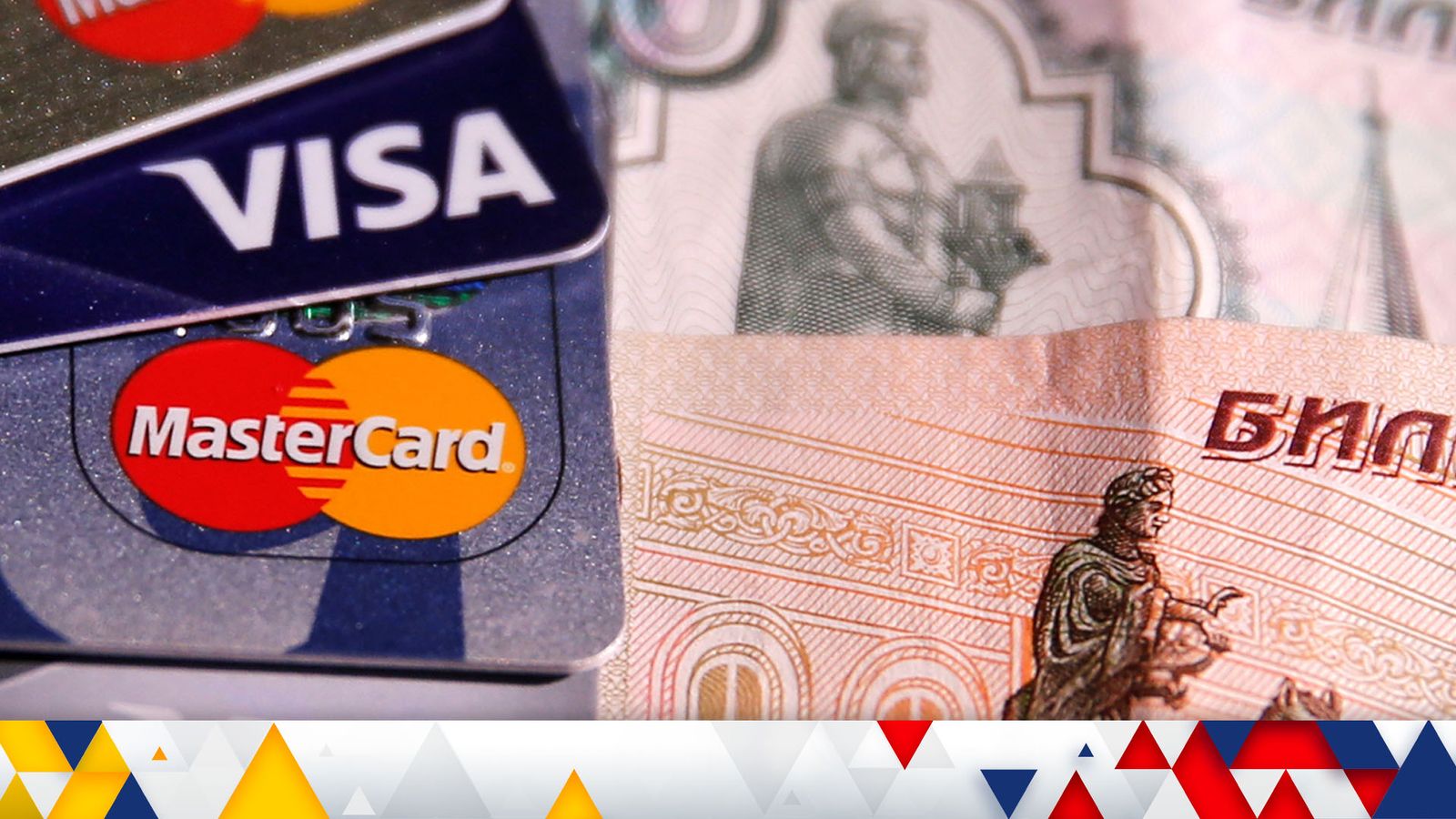 Visa and Mastercard have announced they are suspending operations in Russia.

Credit and debit cards issued by Russian banks will no longer work outside of the country.

Both companies handle 90% of all debit and credit card payments outside of China – and their announcements will deal another significant blow to the Russian economy.

Visa’s chief executive Al Kelly said: “We are compelled to act following Russia’s unprovoked invasion of Ukraine, and the unacceptable events that we have witnessed.”

And Mastercard described the events of the past 10 days as “shocking and devastating”, adding: “We don’t take this decision lightly. Mastercard has operated in Russia for more than 25 years.”

It comes as a growing number of retailers sever business ties with the country – with the likes of Puma and IKEA shutting stores, Apple and Microsoft halting product sales, and Hollywood studios postponing the release of new movies.

Visa and Mastercard’s move will substantially increase financial pressure on Russia and its consumers. The rouble has hit record lows against the dollar, inflation is surging and the country’s central bank has raised interest rates dramatically.

But some companies have warned they have no intention of banning all Russians from their platforms – with cryptocurrency exchanges coming under scrutiny for their refusal to act.

Coinbase and Binance have argued that “everyone deserves access to basic financial services”, and an outright ban would harm innocent consumers – many of whom “likely oppose what their country is doing”.

Although both trading platforms have said they will restrict access to sanctioned individuals and entities, they have suggested that they will enforce a nationwide ban if their hand is forced by the US government.

Brian Armstrong, Coinbase’s co-founder, tweeted: “We don’t think there’s a high risk of Russian oligarchs using crypto to avoid sanctions. Because it is an open ledger, trying to sneak lots of money through crypto would be more traceable than using US dollars, cash, art, gold or other assets.”