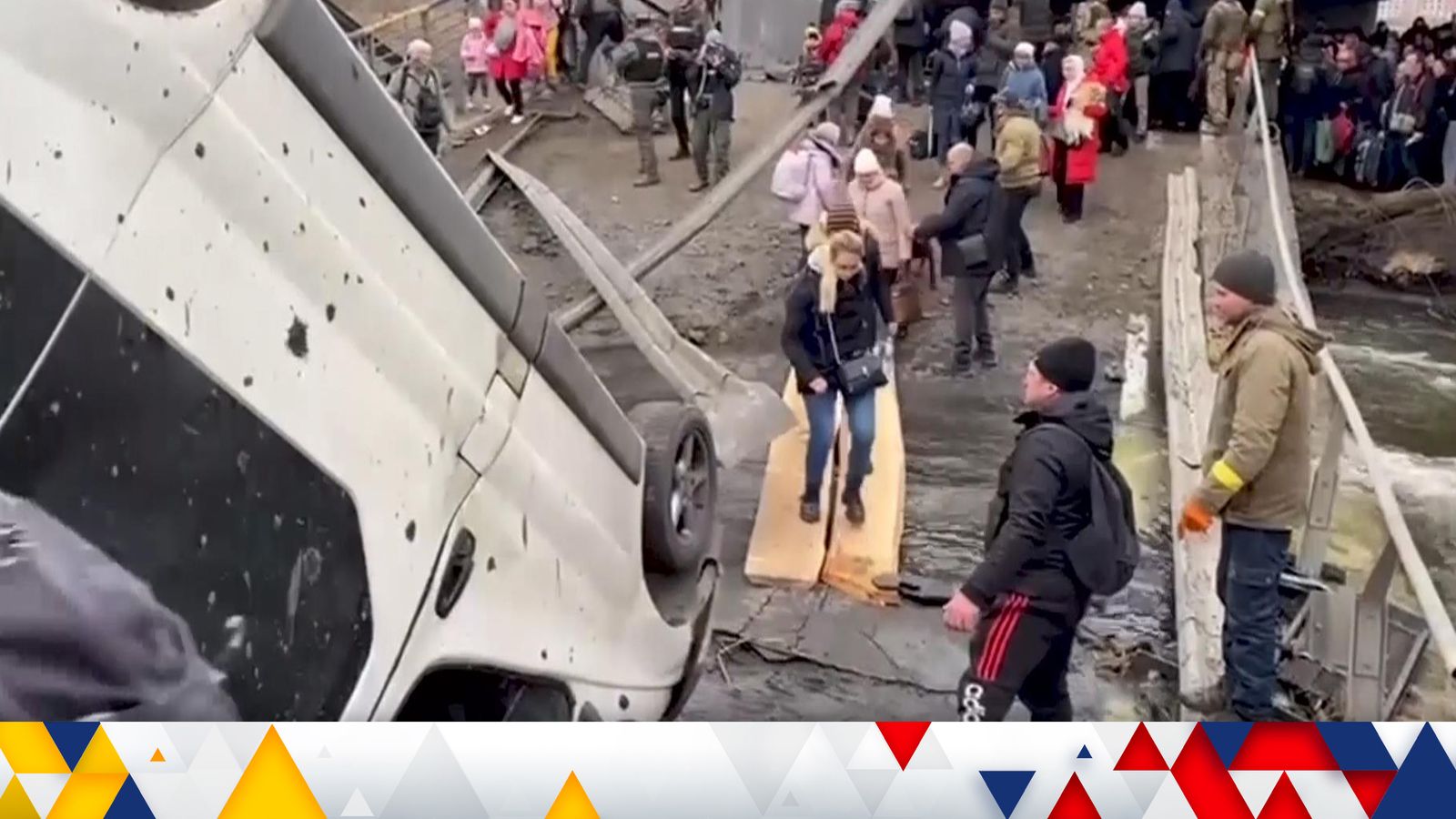 There is no humanitarian corridor in Irpin – a town only five miles away from the Ukrainian capital.

As we watched the pounding the city is taking, with plumes of smoke mushrooming into the sky and the rattle of gunfire from anti-aircraft guns, civilians were trying to flee however they could.

We saw some walking out on foot. A couple came out on electric scooters. And many, many more were being ferried in a constant stream of vehicles to a staging post on the outskirts.

Hundreds of people – mainly women and children – gripped each other’s hands, clutching their pets and few possessions, as they gingerly made their way across a makeshift walkway that was hastily built after the bridge linking Irpin and Kyiv was bombed.

By the time they reached the staging post on the outskirts, many were drained of energy and some overwhelmed with anxiety mixed with relief.

Many spoke of seeing Russian military vehicles and troops inside the town.

His voice tailed off as he took a huge breath to regain his composure. His friend stood quietly next to him, so quiet I didn’t notice initially his hands were cuffed behind his back with cable ties.

The two young men had been accused of being Russian saboteurs.

“The Ukrainian soldiers were shooting at us,” one said. “We have all our documents and our passports showing we are not Russians, we are Ukrainians.”

Kyiv prepares for fight of its life

Seeing them with us, a Ukrainian soldier walked over to confront the men, examining their passports and asking them several questions before cutting the cable ties and freeing them.

Any young men not fighting for their country now are viewed suspiciously by the Ukrainians.

Inside the capital, there’s a fear they could be next and that it is only a matter of time before the Russian troops trying to bulldoze their way through to Kyiv land on their doorstep.

One MP who is now part of the country’s territorial army joined the growing chorus of Ukrainians – including the president – who are demanding the imposition of a no-fly zone in ever more strident terms.

Where are refugees going? 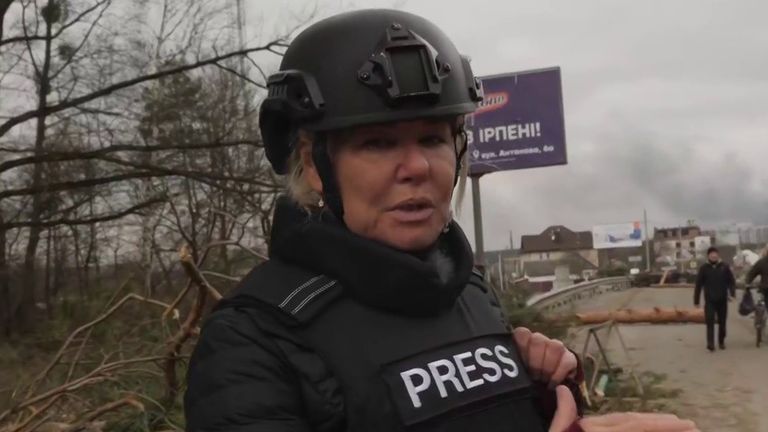 Yegor Chernyayev told us: “We are on our land, in our country and we will fight for this country, in every town, in every city on each street from each building. We are ready. We will fight because truth is on our side and God knows it and we will win.”

But almost everyone we talk to tells us the same thing, that they need the international community to match their supportive words with actions.

So far, it’s unlikely the international community will want to risk escalating the crisis by imposing a no-fly zone over the country, which could lead to direct engagement with Russian jets and aircraft in order to enforce it.

‘He’s in a corner’: Expert breaks down Putin’s nuclear threats
Biden struggles to get his jacket on
‘Hold on a second’: CNN anchor presses GOP lawmaker on comparing Trump to Clinton
Anne Heche in ICU after car she was driving crashes into home
Ukraine War: Ukrainian Special Forces behind ‘Crimea blast’