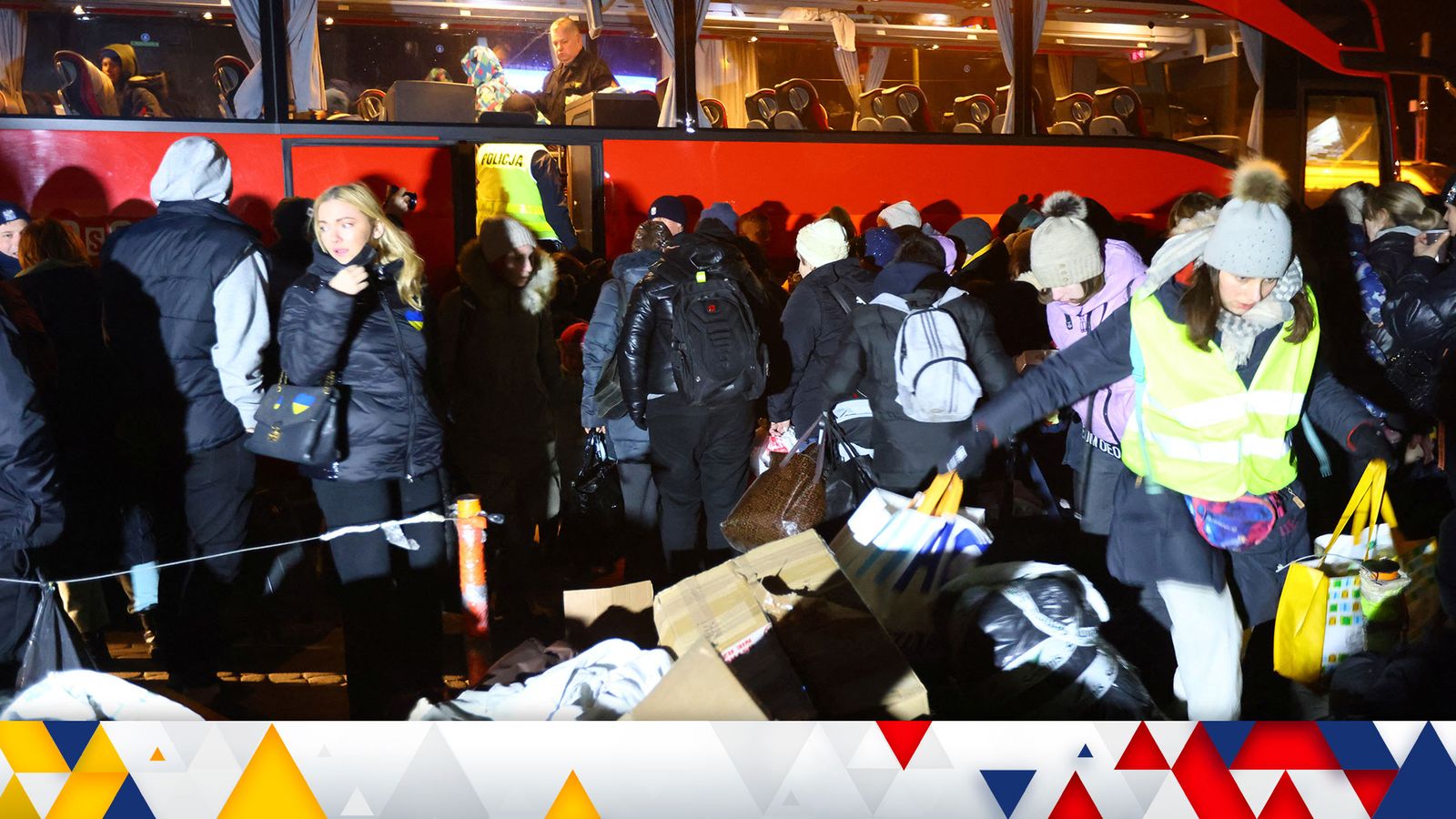 A government minister has defended the UK’s support for fleeing Ukrainian refugees after it was revealed by the Home Office only “around 50” visas had been granted.

Foreign Office minister James Cleverly said the UK government has “made it absolutely clear we want to support Ukrainians who are seeking refuge”, adding that most of those who have left Ukraine are currently in bordering countries.

Acknowledging that “only small numbers” have come to the UK so far, Mr Cleverly told Sky News “the process has only just started”.

“We have made it absolutely clear we want to support Ukrainians who are seeking refuge, both those who have family connections here in the UK and, indeed, those who don’t,” the foreign office minister said.

“Over the last 10 days or so we have seen huge numbers of people leaving Ukraine, fleeing from the conflict, we will support them in the places that they currently are – which is typically in countries bordering Ukraine.

“But we will, of course, also welcome Ukrainians here to the UK.”

His comments come as the Home Office revealed that while more than 10,000 people have applied for the UK’s Ukraine Family Scheme since Friday – only “around 50” visas have so far been granted.

Under the system, Ukrainian refugees who have family settled in the UK will be able to apply to come to Britain for three years.

Shadow home secretary Yvette Cooper said the Home Office is “completely failing” to understand the urgency of the crisis.

Mr Cleverly also defended the UK’s approach to sanctions as MPs prepared to fast-track the Economic Crime Bill through the Commons this afternoon.

The legislation, which has the intention of targeting money-laundering by foreign oligarchs, will mean foreign property owners will have to declare their identities rather than using companies.

In response to criticism over the numbers of individual oligarchs targeted by sanctions, Mr Cleverly told Sky News: “We’ve had a very wide-ranging number, over 200 individuals and entities over £250 billion worth of Russian economic activity curtailed, over three million Russian companies no longer able to raise finance on the London market.

“So, the fact that Vladimir Putin singled us out for criticism is a badge of honour.”

Scenes of jubilation on outskirts of Kherson
Man who helped stop the Club Q shooter: I’m just a normal guy
Trump’s rough day in court ends with a double defeat
Why George Conway thinks Trump is in ‘substantial’ trouble
US deploys bombers in response to North Korea missile tests