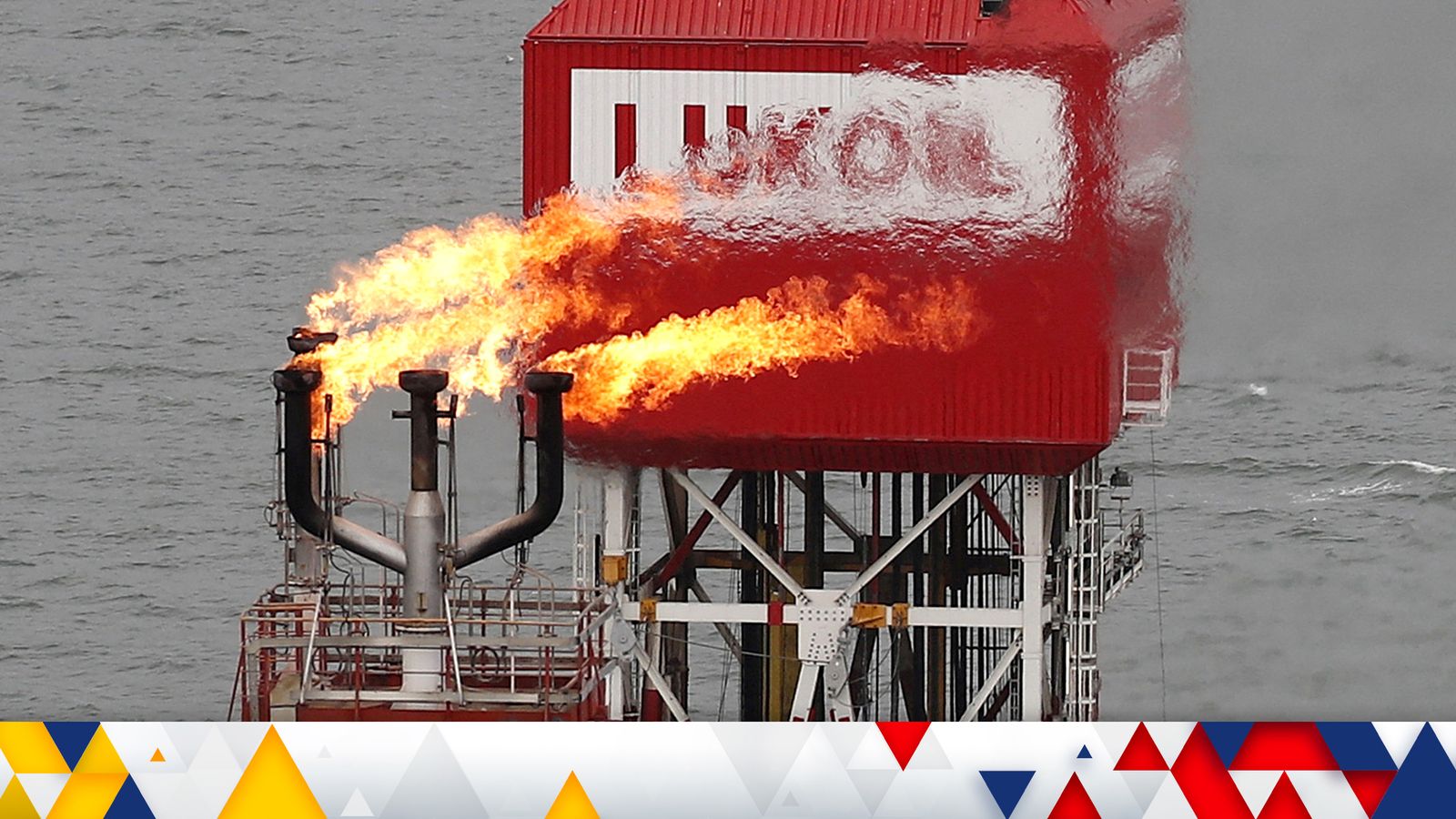 Russia has warned it could cut its gas supplies to the West if there is a ban on Russian oil imports.

It has said it may stop the flow of gas through pipelines from Russia to Germany in response to Berlin’s decision last month to halt the opening of the new Nord Stream 2 pipeline.

Zelenskyy ‘not afraid of anyone’ – live updates on Ukraine war

Deputy prime minister Alexander Novak said: “In connection with unfounded accusations against Russia regarding the energy crisis in Europe and the imposition of a ban on Nord Stream 2, we have every right to take a matching decision and impose an embargo on gas pumping through the Nord Stream 1 gas pipeline.”

“But so far we are not taking such a decision,” he said.

• Ukraine claims senior Russian general has been killed in fighting near Kharkiv
• Ukrainian President Volodymyr Zelenskyy says he’s ‘not hiding’ as he reveals his location in Kyiv
• Ukraine says Russian forces are “deserting in some areas” due to low morale
• Russia proposes humanitarian corridors in several cities from 7am GMT today
• 300 British visas have been issued to Ukrainian refugees so far, says the Home Office 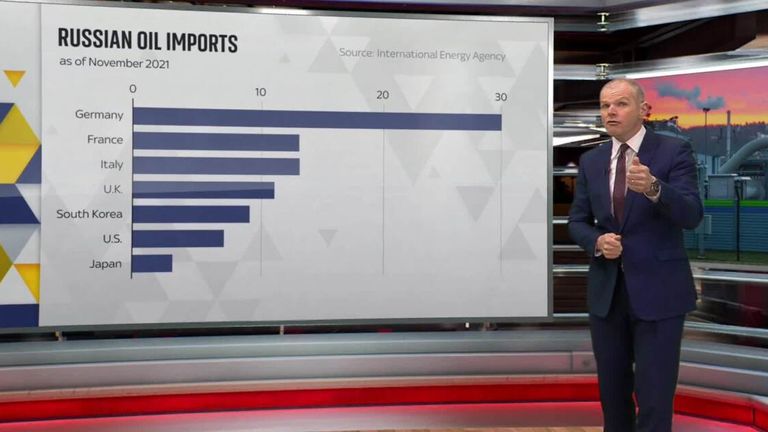 Is it time to ban Russian oil?

Earlier he said oil prices could double to $300 a barrel if the US and its allies banned imports of Russian oil.

“A rejection of Russian oil would lead to catastrophic consequences for the global market,” Mr Novak said.

Analysts at Bank of America said this was an inflated estimate and the figure would be more like $200 a barrel if most of Russia’s oil exports were cut off and resulted in a shortfall of five million barrels a day.

Russia is the world’s third-largest oil producer, but the largest exporter, supplying the EU with 40% of its gas and 30% of its oil.

There have been repeated calls for the West to cease its use of Russian gas and oil to provide the ultimate economic punishment to Vladimir Putin for invading Ukraine.

The impact of the invasion is already being blamed for helping push UK fuel prices to a new high. 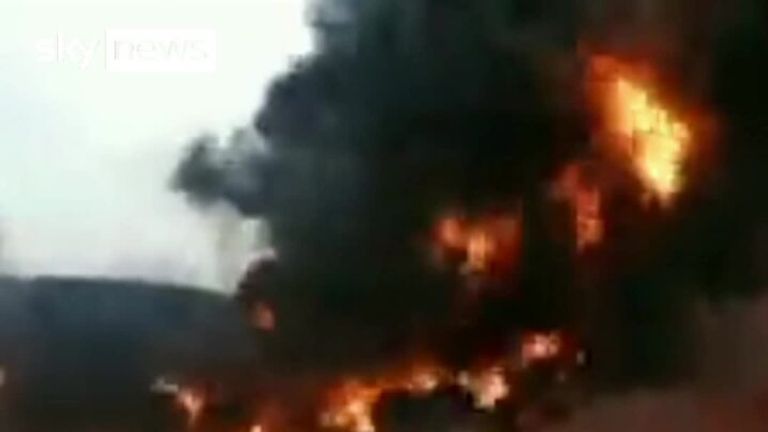 US President Joe Biden is considering a ban on the imports of Russian oil while weighing actions that would limit the impact to prices at the pumps.

He held a video conference call on Monday with British Prime Minister Boris Johnson, French President Emmanuel Macron and German Chancellor Olaf Scholz as he pushed for their support.

It is accelerating its plans to expand its use of alternative energy sources but cannot halt imports of Russian energy overnight, said Mr Scholz.

Mr Johnson said the world needs to “move away as fast as possible” from a reliance on Russian energy supplies but there would need to be a “step-by-step transition period” while countries around the world find substitutes.