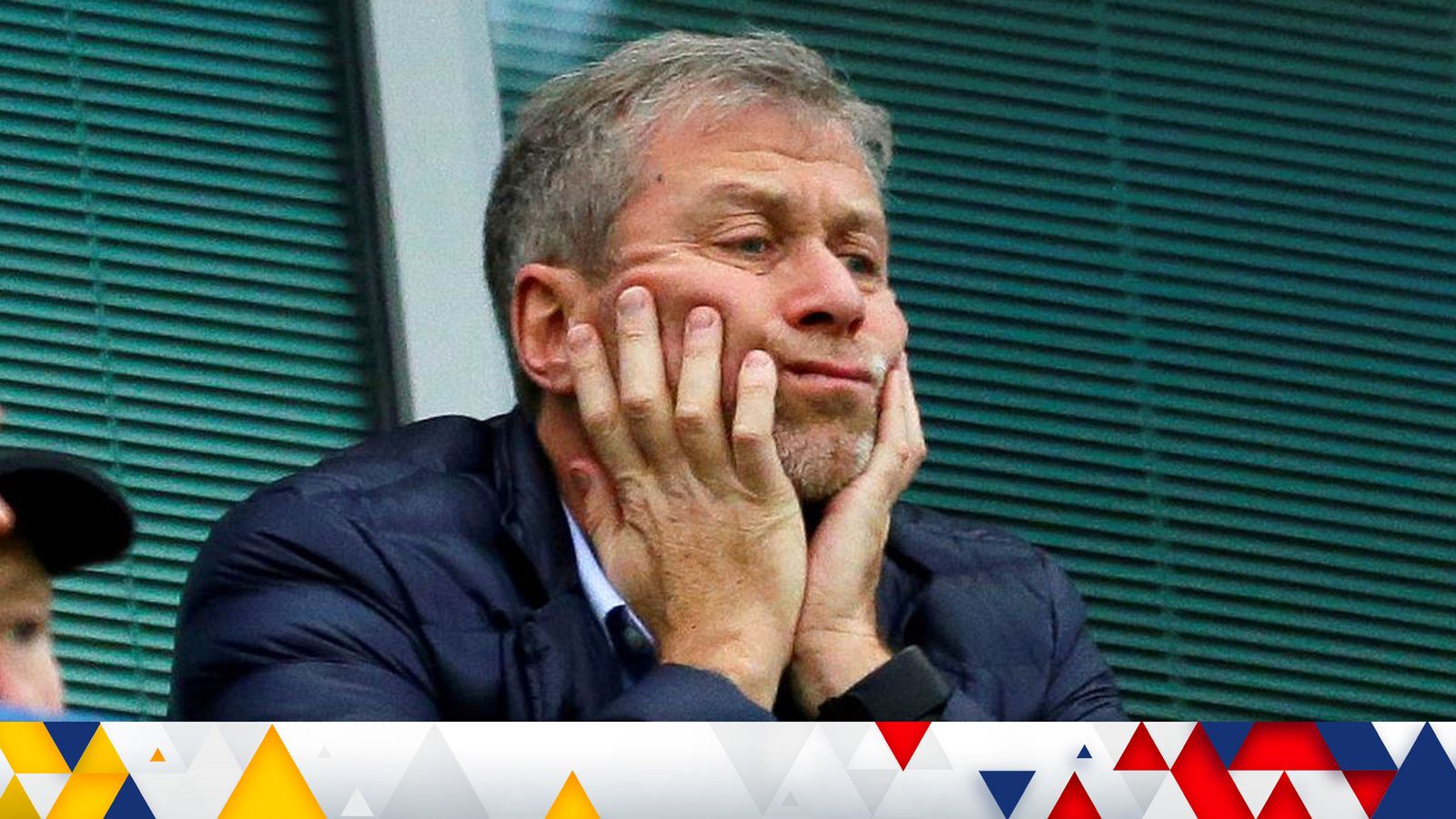 Bidders for Chelsea Football Club have been given extra time to bid for last season’s Champions League winners after the government’s decision to sanction owner Roman Abramovich threw an already-complex firesale into disarray.

Sky News has learnt that parties which have joined the process being run by Raine, the New York-based merchant bank, were informed on Friday evening that they would now have until 18 March to submit indicative offers – three days after the original deadline.

The extension follows another day of chaos at Stamford Bridge on which it emerged that Chelsea had had its corporate bank accounts frozen by Barclays and it became clear that the club was engaged in a race against time to remain solvent.

One source said that Raine had notified prospective bidders that it and Chelsea had “coordinated with the Department for Digital, Culture, Media and Sport and UK Government Investments and will be moving forward with the sale process”.

The involvement of UKGI, which manages the state’s holdings in companies such as Channel 4, the Ordnance Survey and Urenco, the uranium processor, is significant because it underlines the extent to which the government will orchestrate the sale of what was until this week one of the world’s richest football clubs.

A rapid sale is now seen as essential if Chelsea is to remain solvent and therefore retain the nucleus of a playing squad which has become established as one of Europe’s most successful under Roman Abramovich’s ownership during the last two decades.

However, one of the new uncertainties relating to the sale concerns the price that might be required to end Mr Abramovich’s legal ownership of the London club.

The government has been clear that none of the proceeds from a takeover could flow to Mr Abramovich and there are now doubts that he will have any say over the identity of a buyer.

“We will work with the authorities in the UK to obtain that licence in connection with any transaction,” it added.

Among the prospective bidders for Chelsea are consortia led by the Chicago Cubs-owning Ricketts family, Todd Boehly, the LA Dodgers backer, the British property entrepreneur Nick Candy and Josh Harris, the private equity executive who has built a portfolio of sports investments.

Raine could not be reached for comment on Friday.

China’s North Pole plunges to freezing temperatures at -53C
Trump stops to retrieve Marine’s hat
FBI vault reveals UFO memo
Cost of living: Vulnerable people find every action has a ‘price tag’
Russia and China are ahead of US in hypersonic missile technology. Here’s why