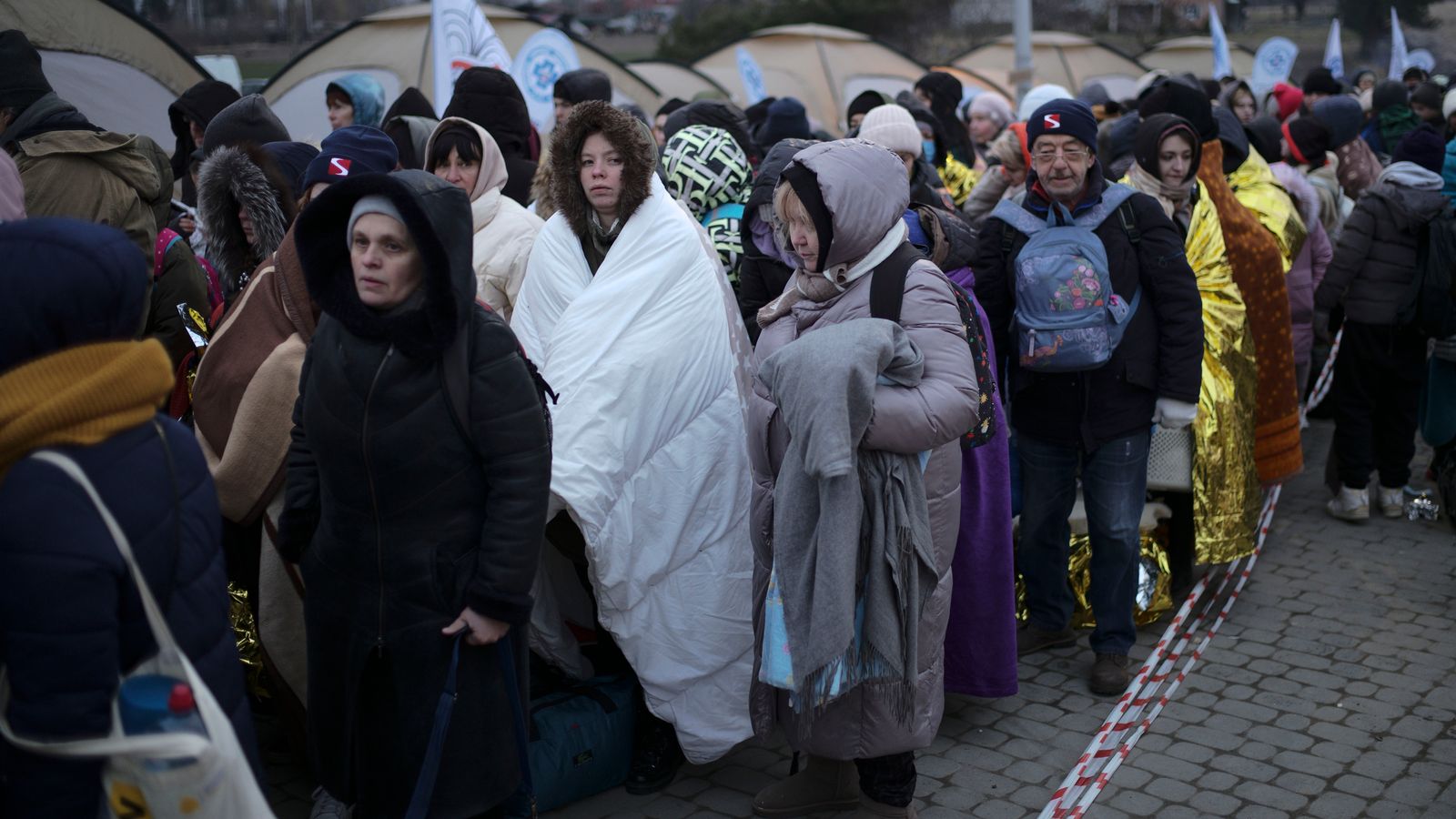 Families who welcome Ukrainian refugees into their home for at least six months rent-free will receive a £350-a-month “thank you” from the government.

After weeks of criticism of the government’s response to the refugee crisis, the Levelling Up Secretary Michael Gove is finally announcing a “Homes for Ukraine” scheme.

Mr Gove is proposing that a UK sponsor – an individual, charity, community group or businesses – will be able to nominate a named Ukrainian person or family to stay in their home.

The aim is that up to tens of thousands of Ukrainians fleeing war in their country, including those with no family ties to the UK, will be able to live in safety, rent-free.

Ministers hope that hotels, landlords, owners of B&Bs and Airbnb properties will form the bulk of the offers to the new sponsorship scheme, to speed up the process.

Those refugees who have sponsors will be able to remain in the UK for up to three years and be entitled to work, use public services and claim benefits.

But because most refugees will be women and children, people offering accommodation will be vetted and face criminal record checks.

Mr Gove’s plan coincides with a new opinion poll, by Opinium, suggesting 52% think the government has not gone far enough in accepting Ukrainian refugees, yet only 9% would definitely take them in if asked.

In a plea to people to step forward with offers of help, Mr Gove is calling on landlords, businesses, community groups and other organisations to offer rooms and other accommodation to Ukrainians.

“The crisis in Ukraine has sent shockwaves across the world as hundreds of thousands of innocent people have been forced to flee their homes, leaving everything they know and love behind,” he said.

“The UK stands behind Ukraine in their darkest hour and the British public understand the need to get as many people to safety as quickly as we can. 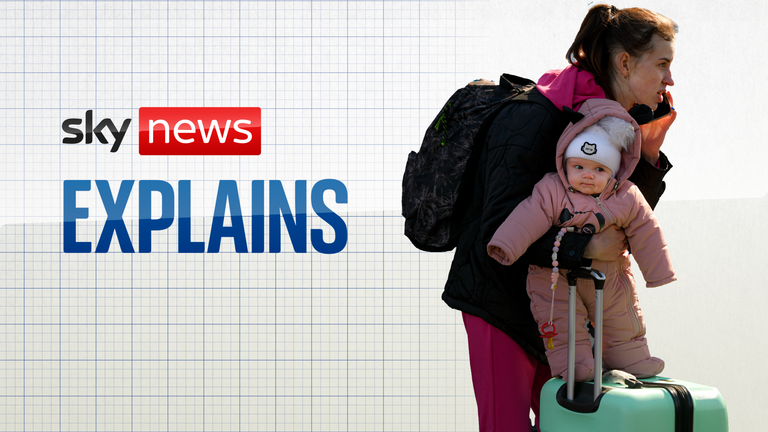 Ukraine war: What happens to refugees?

“I urge people across the country to join the national effort and offer support to our Ukrainian friends. Together we can give a safe home to those who so desperately need it.”

The government is this week launching a website for sponsors to register their interest in the scheme and their potential offers of accommodation, whether a spare room or a separate property.

Besides families or individuals with a spare room or rooms, local communities, the voluntary sector and organisations such as charities and religious groups will be able to sponsor groups of Ukrainians.

The government says sponsors will be asked to provide a home or spare room rent-free for as long as they are able.

Despite the criticism of Home Secretary Priti Patel‘s handling of the refugee crisis, the government insists it has already taken action to support those suffering as a result of the crisis in Ukraine.

This includes a Ukraine Family Scheme, allowing extended family members to enter the UK, and from Tuesday Ukrainians with valid passports will not need to go to a Visa Application Centre.

Ukraine invasion – where are refugees going?

“The problem is that once again the government has failed to plan and has been dragging its feet. We still need far more urgency and too many questions remain unanswered.

“It is unclear what support will be offered to vulnerable children and older people, whether provision is made for unaccompanied children, and what help will go to local government, sponsoring organisations and housing providers.

“Given the scale of the refugee crisis in Ukraine, ministers must be sure this scheme will help enough people, and quickly.

“If Brits will need to have a prior connection to a Ukrainian family to sponsor them, as is suggested, that would be a severe limitation.

“Once they are here, how will families access support, such as universal credit for housing, after their sponsorship ends?

“Ministers must reduce all unnecessary bureaucracy for desperate people fleeing Putin, and they must engage councils and charities, who know what can be done – but incredibly haven’t been asked yet.”